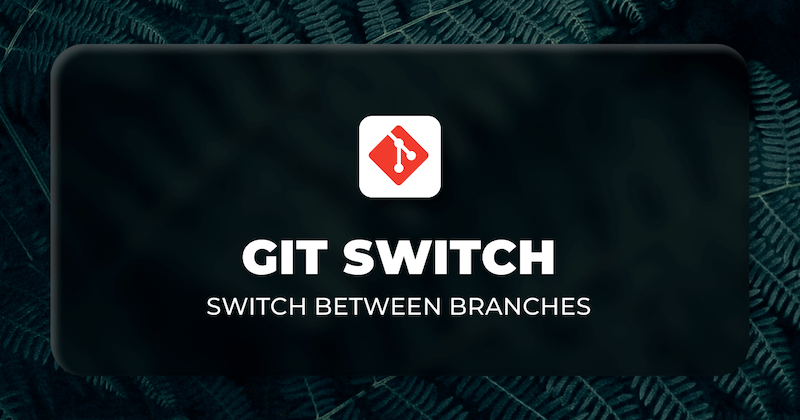 git switch and git checkout – How to switch branches in git

When working on a project, you usually work on more than one branch at a time. You also switch branches frequently based on priorities. Efficient branch switching is important to safely switch from one branch and commit your changes to the desired branch. The most famous command for switching branches has always been git checkout however the newer versions of Git divided its features into specific commands. Today, we will go through different use cases and examples for using git checkout and git switch. We will also go through some of the similar commands of Git. After reading this article, you will have strong knowledge of how to switch branches in Git and what are its companion commands.

Note that the command git checkout is a multi-feature command which performs multiple functions like:

The git checkout command allows you to navigate between different branches created through the command git branch. When you checkout a branch, it updates all the files in your working directory to match the version stored in that branch. It also informs Git to preserve all the new commits on that branch.

Switch to an existing branch​

First, get the list of the branches through git branch

The "*" shows your currently selected branch, which is "test_branch". Now let's switch to BranchB.

To confirm the successful branch switch, execute git branch and you will see that your current branch is now BranchB

Switch to a new branch​

The git checkout command also comes with a "-b" argument which creates a new branch and automatically switches to it. Let's try it.

The above example shows that the new branch created is the currently selected branch as well. When switching branch using git checkout you might see an error as below.

The above error appears when you have changed a file, and the branch that you are switching to also has changes for the same file too (from the latest merge point). Git will not allow switching branch until you do one of the following:

• Use stash to locally stash your changes temporarily without commit • Force checkout, which will discard your local changes • Commit your changes, and then update this commit with extra changes (you can modify commits in Git until they are pushed)

Switching to a remote branch​

If you want to switch to a remote branch that does not exist as local branch in your local working directory, you can simply execute git switch remoteBranch. When Git is unable to find this branch in your local repository, it will assume that you want to checkout the respective remote branch with the same name. It will then create a local branch with the same name. It will also set up a tracking relationship between your remote and local branch so that git pull and git push will work as intended.

Why git switch was needed?​

Let's assume you have a file named "test.txt" and at the same time, you have a branch named "test". If you are on master branch and you want to checkout to branch "test", you would use the command "git checkout test" but this would checkout the file "test", this is where git switch comes in.

The above command works just the same way git checkout switched branches. Switching to a branch that does not exist will throw an error:

To create a new branch and switch to it in one go, try the following example:

To verify, just run the git branch command to see if your current branch has been successfully switched to the newly created branch.

Another interesting argument of this command is git switch -. If you have to frequently switch between two branches and typing the branch name every time is cumbersome, you can use the git switch - version, which switches to the previously checked out branch. Let's try.

Note that you will use reset to undo the staging of a modified file. checkout is mostly used with a branch, tag, or commit. It will reset HEAD and index to a specified commit, as well as perform the checkout of the index into the working tree at the same time. It is mostly used to discard the changes to your unstaged file(s).

If your HEAD is currently set to the master branch, running git reset 8e3f6r5 will point the master to "9e5e6a4". Checkout on the other hand, changes the head itself.

Building a side project?
Meet the headless, React-based solution to build sleek CRUD applications. With refine, you can be confident that your codebase will always stay clean and boilerplate-free. 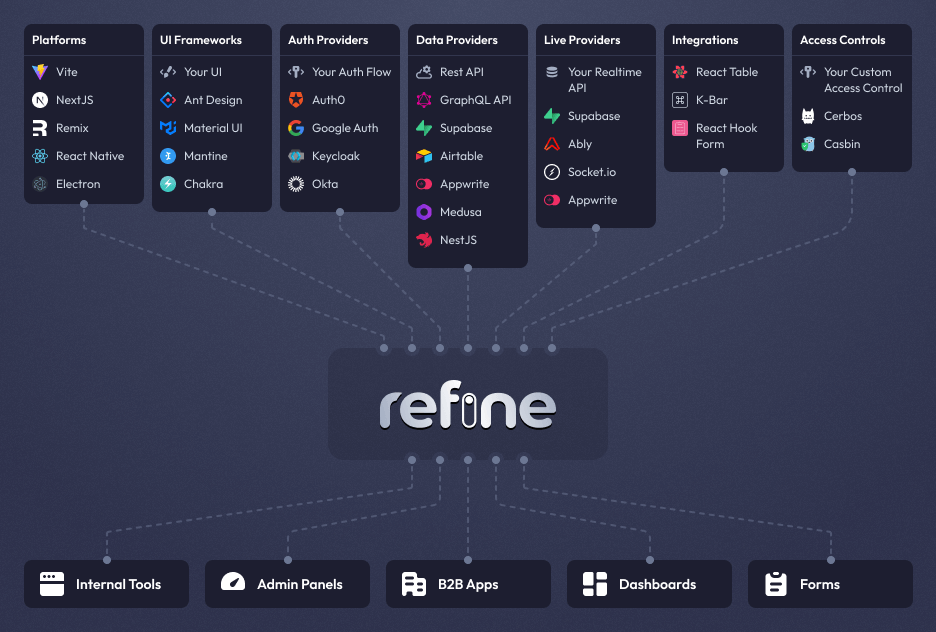 git restore restores the files in the working tree from index or any other commit you specify. You can also use it to restore files in index from some other commit. Note that it does not update your branch. You would use git restore to revert non-committed changes. These changes can be in the form of the update in your working copy or the content in your index (i.e. staging area).

The below command will restore "test.txt" in the index so that it matches the version in HEAD. Basically, you are telling Git to copy from HEAD to staging area / index, which is how Git reset works. git restore --staged test.txt

If you want to restore both index and the working tree, then you would use the following version: git restore --source=HEAD --staged --worktree test.txt

git clone is used to fetch repositories you do not have. It will fetch your repositories from the remote git server. git checkout is a powerful command with different uses, like switching branches in your current repository and restoring files file from a particular revision.